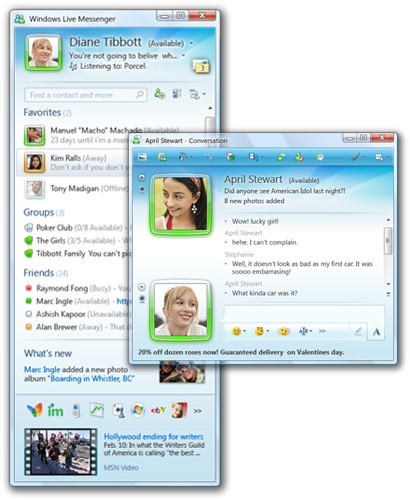 In late March 2010, a beta of Windows Live Essentials Wave 4 was leaked onto the internet and has since spread to various BitTorrent networks, which included a private beta build of Windows Live Messenger Wave 4. However, as the software was designed for private beta testing, non-beta