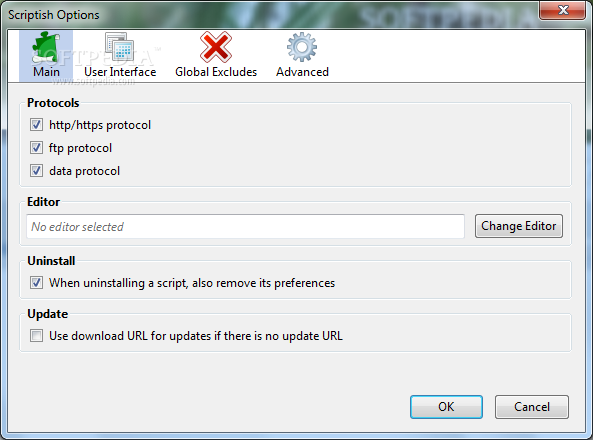 The greatest user script engine on the Internet. Scriptish is a Firefox addon designed to assist developers to produce scripts. Scriptish is a fork of Greasemonkey, offering: · Everything Greasemonkey does (which is actually useful) · Updating: User scripts can be updated in Scriptish using @updateURL · Many new metadata @keys · Many new additions to the GM_ API · Superior Performance: A faster, cleaner code base which takes advantage of all that Firefox 4 has to offer · Superior Security: Scriptish provides security features you won’t find elsewhere · Testing: Code is written to test Scriptish’s functionality and features Requirements: · Firefox 4.0 – 9.0a1 · SeaMonkey 2.1 – 2.3.* · Firefox for Mobile 4.0 – 6.*