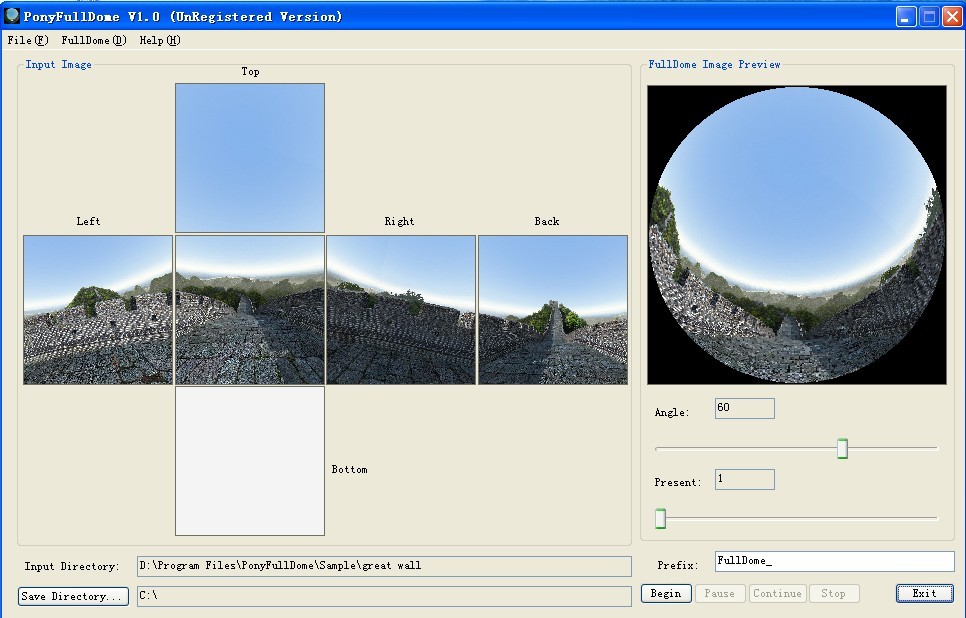 Pony Fulldome is a proprietary tool for beginner to create fulldome format image easily.With this software, you could input 5 pictures-the left,front,right,back,top views, and the software could create a fulldome image automatically depend on your input pictures.Fulldome view angel and image resolution could be edit as you wish.Before synthesize to fulldome image,you could also preview with different angle. Key Features: * Provide a simple and fast function of fulldome image synthesis * Support a sequence of frames of six images from Left, front, right, back, top, bottom (optional) synthesize into a sequence of frames of fulldome image. * Support for common image formats such as BMP, Jpg, Tga, Png and so on. * Support image synthesis of super-resolution, such as 8000 * 8000. * Nice quality and high effect of synthesized image with fast synthesis speed. * Can adjust the view angle dynamically and preview the synthesized results quickly. * Configurability: Support for automatic synthesis of single frame, multiple frames, the specified frame.With a configurable naming rule. * Layout of interface is reasonable and easy to operate.