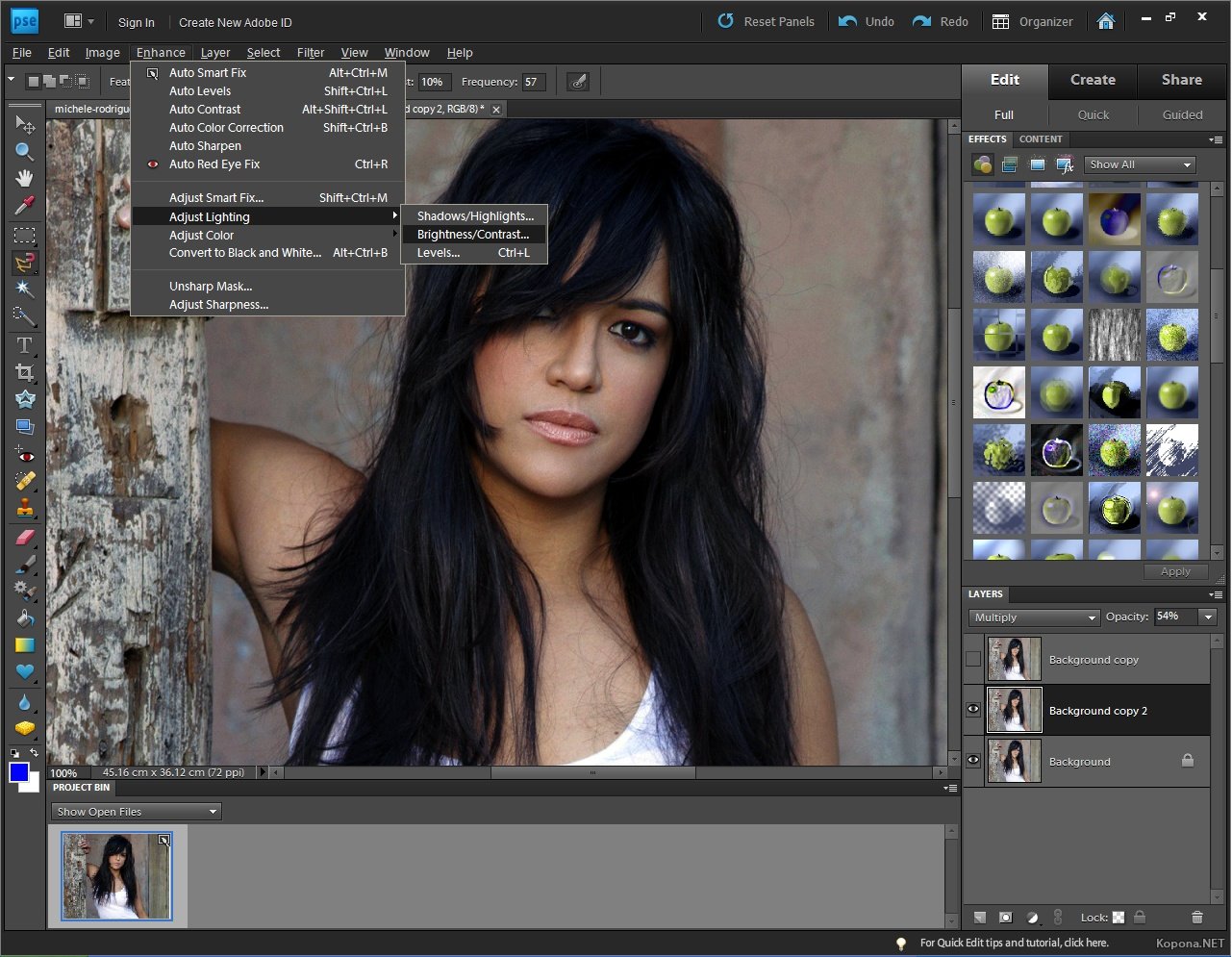 Adobe Photoshop Elements is the consumer version of the Adobe Photoshop raster image editing product, targeted at hobbyist users and hence sold at a fraction (roughly 1/6th) of the cost of the professional product. It contains most of the features of the professional version but with fewer and simpler options. The program allows users to create, edit, organize and share images, all from the same product. Originally introduced alongside Photoshop version 7, Photoshop Elements targets photography enthusiasts and thus lacks many features that make it useful in a proper print production environment. For example, Photoshop Elements cannot export files in the CMYK color mode (without using a third-party plug-in), supports a simplified color management system, and excludes detailed soft-proofing. It also either eliminates completely or offers simplified versions of some of the more powerful plug-ins, and instead has a number of features aimed at non-experts (such as removing the red-eye effect or changing the skin tone in a picture). An example of a redesigned feature would be the Variations correction dialog. Some versions can, however, open, edit, and save PDFs. Photoshop LE (Limited Edition) was Adobe’s consumer raster image editing product prior to the introduction of Elements. Photoshop LE had similar limitations to Elements. Adobe has also released a new free image editing web application, Adobe Photoshop Express, with many more limitations than Adobe Photoshop Elements.