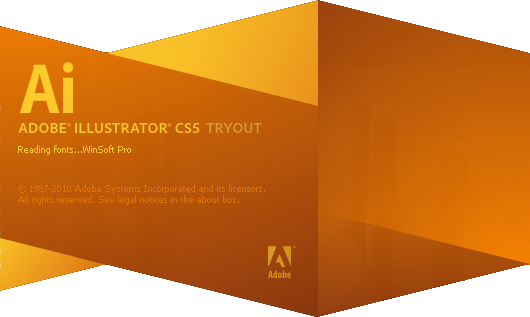 Illustrator CS was the first version to include 3-dimensional capabilities allowing users to extrude or revolve shapes to create simple 3D objects. To reflect its integration with the Adobe Creative Suite, Illustrator CS2 (version 12) was available for both the Mac OS X and Microsoft Windows operating systems. It was the last version for the Mac which did not run natively on Intel processors. Among the new features included in Illustrator CS2 were Live Trace, Live Paint, a control palette and custom workspaces. Live Trace allows for the conversion of bitmap imagery into vector art and improved upon the previous tracing abilities. Live Paint allows users more flexibility in applying color to objects, specifically those that overlap. CS3 included interface updates to the Control Bar, the ability to align individual points, multiple Crop Areas, the Color Guide panel and the Live Color feature among others. CS4 was released in October 2008. It features a variety of improvements to old tools along with the introduction of a few brand new tools. The ability to create multiple artboards is one of CS4’s main additions, although still not equal to the true multiple page capability of Freehand. The artboards allow you to create multiple versions of a piece of work within a single document. Other tools include the Blob Brush, which allows multiple overlapping vector brush strokes to easily merge or join, and a revamped gradient tool allowing for more in-depth color manipulation as well as transparency in gradients. CS5 was released in April 2010. Along with a number of enhancements to existing functionality, Illustrator CS5’s new features include a Perspective Grid tool, a Bristle Brush (for more natural and painterly looking strokes) and a comprehensive update to strokes, referred to by Adobe as “Beautiful Strokes”.