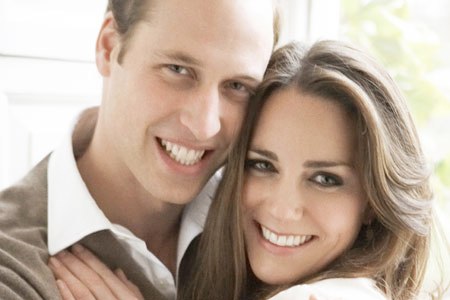 Pop singer George Michael revealed to Piers Morgan tonight, that he has a special song ready for Prince William and Kate. The song selection he felt most appropriate for the loving couple’s wedding is the Stevie Wonder hit from 1972, titled “You and I”. Michael said he is honored to perform at the wedding and is thrilled they have set up the Royal Wedding Charitable Fund. The song can be downloaded for free (for a limited time) at georgemichael.com, but they are hoping many will donate to the fund, in lieu of gifts. What a thoughtful way to begin their life together. Reports suggest this will be the biggest royal wedding since Prince Charles & Princess Diana tied the knot back in 1981, when 600,000 people filled the street. With the internet and new technology now in place, it is expected to capture over a billion viewers. The exclusive interview with Morgan, also included a world premier release of the track. The remake of the song has a soft and sweet melody, perfect for a wedding. Mark your calendar for the upcoming royal wedding to be held on 4/29/11 at 11a.m. (London time).