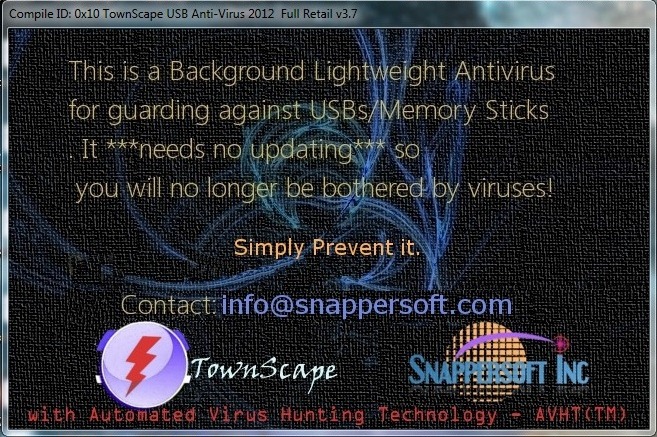 TownScape USB Antivirus is a lightweight background antivirus that was created primarily for Memory Sticks/Memory Cards (But not limited to) that is built on the ideal of not needing to be updated and being different in its operation. Since most viruses infect your computer through Memory Sticks/Cards, it will prove very effective at solving the virus problem that has existed for way too long now without someone finding a better solution rather than the traditional antivirus need-to-update method, which when not followed gives the user a false sense of security and makes his/her computer more vulnerable and thus spreads viruses even more. TownScape uses a blanket algorithm and probability to find viruses using their general modes of operation. This is not a virus scanner, it is a virus hunter! Now on cut price of $14.99 until March 2012! That is 40% off!