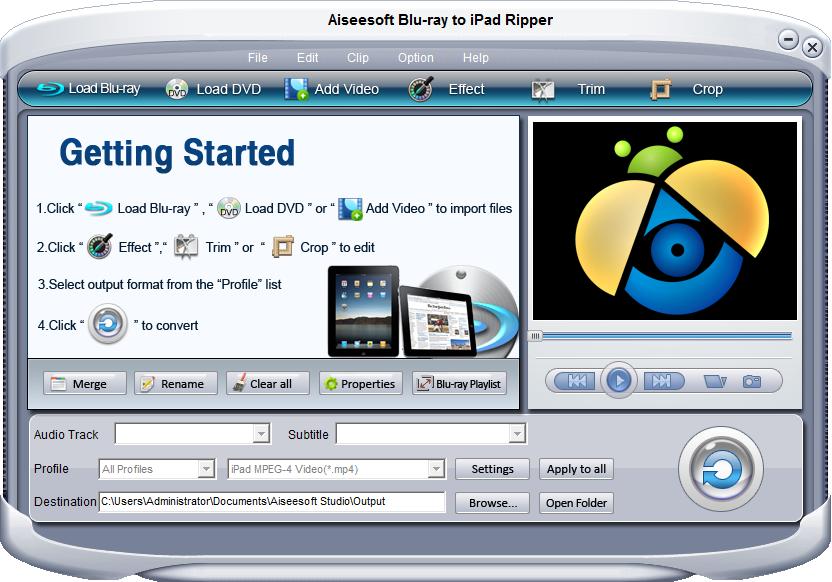 The Aiseesoft Blu-Ray to iPad Ripper is a powerful and easy-to-use Blu ray converter for iPad fans. It is specially designed for users who would like to rip Blu ray DVD movies for iPad. This professional Blu ray to iPad Ripper software supports converting Blu ray DVD to MPEG-4, H.264/MPEG-4 AVC, MOV, M4V.

This Blu-Ray to iPad Ripper possesses multiple video editing functions, such as trim, crop, merge, snapshot, and so on. Moreover, it allows you to set the video brightness, contrast, saturation. The deinterlacing function helps you convert interlaced video to progressive video, which greatly optimizes the video effect. You can own different video effects for your iPad now.